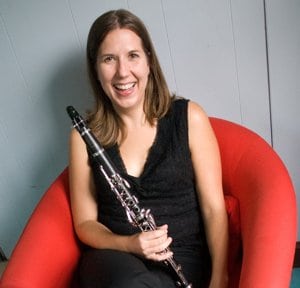 Miranda Dohrman (clarinet) is a freelance clarinetist and instructor. She has performed with the Atlanta, Charleston, and Greenville Symphony Orchestras, the Atlanta Ballet and Opera Orchestras, the Atlanta Pops Orchestra, the Savannah Philharmonic, the Sarasota Orchestra, the Florida Orchestra, and the Orlando Philharmonic. She has also performed several shows with Broadway Across America, including Evita, Mary Poppins, Phantom of the Opera, and Wicked. Miranda is a charter member of the Atlanta Chamber Winds and is a founding member of the Balkan-style brass band Mercury Orkestar. Miranda received both her Bachelor of Music degree and Performer’s Certificate from the Eastman School of Music. She received a Master of Music degree from Florida State University. Miranda is an Artist Affiliate at Agnes Scott College and she also teaches at the Atlanta International School and the Paideia School. Her recordings include performances with the Atlanta Symphony Orchestra under Donald Runnicles (Telarc), the Atlanta Chamber Winds (Albany), the Florida Orchestra (Naxos), and the New York- based new music ensemble Alarm Will Sound (Nonesuch). www.mirandaclarinet.com