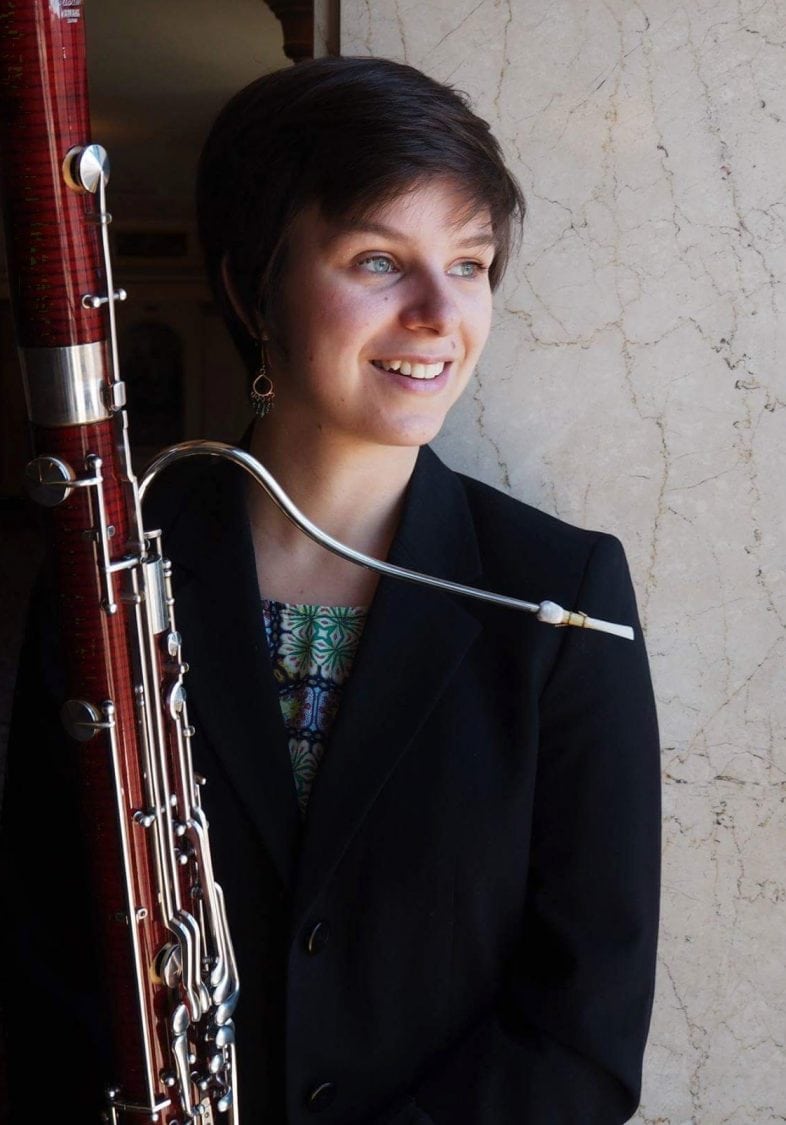 Ivy Ringel (bassoon) was recently appointed as the Principal Bassoon of the Atlanta Opera, and performs regularly with orchestras throughout the United States, including the Houston Symphony, Louisiana Philharmonic, Rochester Philharmonic, Buffalo Philharmonic, and Symphoria. Ivy is an avid solo performer, winning the Meg Quigley Vivaldi Competition, the Yamaha Young Performing Artist Competition, and the Eastman Concerto Competition. As a chamber musician, she has performed with several different groups, including JUMP! Educational Outreach, the Rossini Club, the Eastman Harmonie, and the Eclectet Wind Quintet. She has maintained a small private studio for several years, and her students have earned spots in the Texas All-Region and All-Area bands and orchestras. Ivy grew up in Chapel Hill, North Carolina, where she began music at age 5 on the violin before switching to the bassoon in middle school. Prior to her time in Atlanta, she attended Rice University (MM) and the Eastman School of Music (BM), where she studied with Benjamin Kamins, John Hunt, and Charlie Bailey.