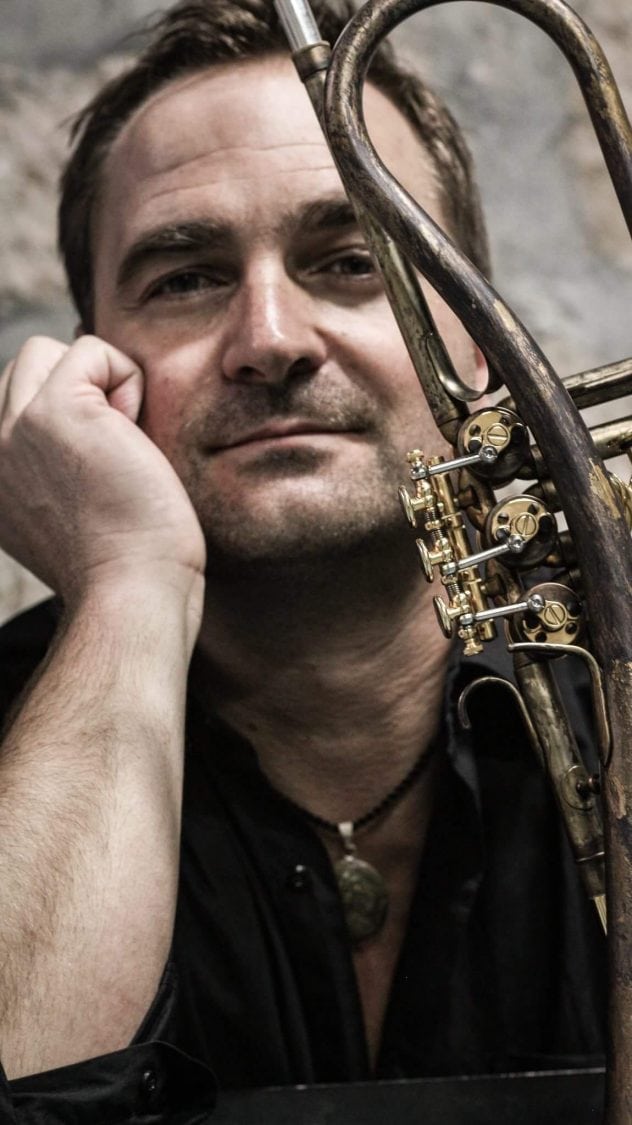 Born in Germany, Alex Freund (trumpet) studied with Rainer Auerbach (Berlin State Opera), Robert Platt and Konradin Groth (Berlin Philharmonic) at the University of Arts in Berlin and with Peter Leiner (Radio Orchestra Saarbrücken) at the University Saar in Saarbrücken. He took masterclasses with Jens Lindeman, Fred Mills, Tim Morrison, Hannes Läubin, James Thompson etc.  In 2016 he began a Doctoral Degree at the Schulich School of Music at the McGill University in Montreal with Richard Stoelzel.

He was Co-Principal Trumpet with the Opera Bremen, Soloist at Deutsches Theater Berlin and played in Disney’s “The Hunchback of Notre Dame.” From 2003 until 2018 he lived in México where he was principal of the Symphony Orchestras of Michoacán and Nuevo Leon.

As a founding member of M5 MEXICAN BRASS he played more than 1000 concerts in 5 continents. He has performed as a soloist in Mexico, the US, Canada, Peru, Korea, Italy, Germany and France.  Alex was Professor at the Conservatorio de las Rosas in Morelia, from 2005 to 2016. Apart from music he teaches meditation.